College: Johnson, Nevells, Gilbert are getting it done

Anchorage’s Parker Johnson hung tough after a poor start, keeping Western Oregon University in the game long for the Wolves to rally in the later stages.

Trailing 3-1 after the first inning, the Wolves tied it in the fifth inning and won in the ninth, prevailing 6-4 to claim a share of the Great Northwest Athletic Conference pennant.

Johnson pitched four innings and earned a no decision after battling back from a nightmare opening frame when the right-hander gave up five hits and three runs.

After that, though, he buckled down.

Johnson (South) threw 1-2-3 innings in the second and fourth, and allowed only two hits the rest of the way. He also worked around a bases-loaded jam in the third inning.

The junior starter has a 7-3 record and 4.25 ERA in 48.2 innings across 13 appearances with the NCAA Division II team in Monmouth, Oregon. 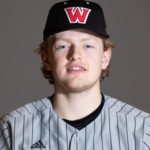 Chugiak’s Justin Nevells finished the season as Alaska’s home run king among college players. The freshman third baseman hit his seventh dinger for Doane University in a 12-5 win over Midland at the NAIA level in Crete, Nebraska. He finished with four RBIs – the fourth time that’s happened. Nevells (Chugiak) finished the season with a .338 batting average, seven home runs and 37 RBIs in 45 games. The right-handed slugger hit three homers in March, three in April and two in May.

Jacob Gilbert brilliant out of bullpen

Wasilla’s Jacob Gilbert was brilliant out of the bullpen for Bryan College in a 6-4 win over Truett McConnell in NAIA action in Dayton, Tennessee. The right-handed reliever was called on with Bryan trailing 3-0. His job was to hold Truett McConnell idle to give his team a chance to get hot. Gilbert’s scoreless pitching must have motivated the Lions, who roared back with two runs in each of the fourth, fifth and sixth innings. Gilbert (Wasilla) scattered four hits over his spotless 5.1-inning appearance that earned him the winning decision. 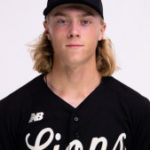