After an ugly loss on Day 1 and getting no-hit through the first four-plus innings on Day 2, the Eagle River Legion baseball team could have folded like cheap suit.

Instead, the Wolves pieced together a custom-made comeback.

Eagle River scored runs in each of the final three innings to rally for a stunning 3-2 win Thursday over Fort Collins (CO) at the Northwest Regional in Gillette, Wyoming.

With the victory, Eagle River became just the ninth Alaska team to win a game at the regional tournament since 1986.

“We’re so pumped,” right fielder Jack Molloy said. “Out flights have to get changed now, which is totally awesome.”

No Alaska team has won two games at the regional, but the Wolves will have that chance when they play Friday against either Medford (OR) or Billings (MT) at 2 p.m. ADT.

With one out in the bottom of the seventh inning, eight-hole hitter Molloy mashed a double and came around to score the winning run when nine-hole hitter Smith stroked a single into left center field.

“I was looking for a fastball, looking to drive the ball the other way,” Smith said. “He threw a curveball and I crushed it.”

Smith was angry when he came to the plate with the game on the line.

“My pitch selection my first two at-bats were absolutely horrendous,” he said. “So, I was thinking, ‘Know what to hit in the zone.’ That curveball he threw me was right down the middle. He hung it.”

And Smith hammered it.

This was Eagle River’s first win in eight games against Lower 48 competition this season. The Wolves went 0-5 at a tournament in Eugene (OR) and lost to Napoleon (OH) in the final of the Alaska 529 Midseason Classic at Mulcahy Stadium.

“This is basically the same caliber of teams and some of the same teams actually, and we knew exactly what to expect from the pitching side of things and we weren’t intimidated at all,” Molloy said.

The Wolves lost 10-2 to Cheyenne (WY) in the first game of the NW regional and looked to be headed towards another defeat against Fort Collins, trailing 2-0 as pitcher Brady Hall carried a no-hitter through 4.2 innings.

“CJ getting that first hit in the fifth inning was clutch and that got us going,” Molloy said.

Johnson later scored on an error to get the Wolves on the board.

He was replaced by reliever Charlie Wallace, who pitched a 1-2-3 sixth inning. In the bottom half of the sixth, Eagle River tied the game 2-2 on a hit-and-run play. With Lierman on second and Noah Lower on first both in motion, Josh Thompson hit an infield single that scored Lierman with the tying run. 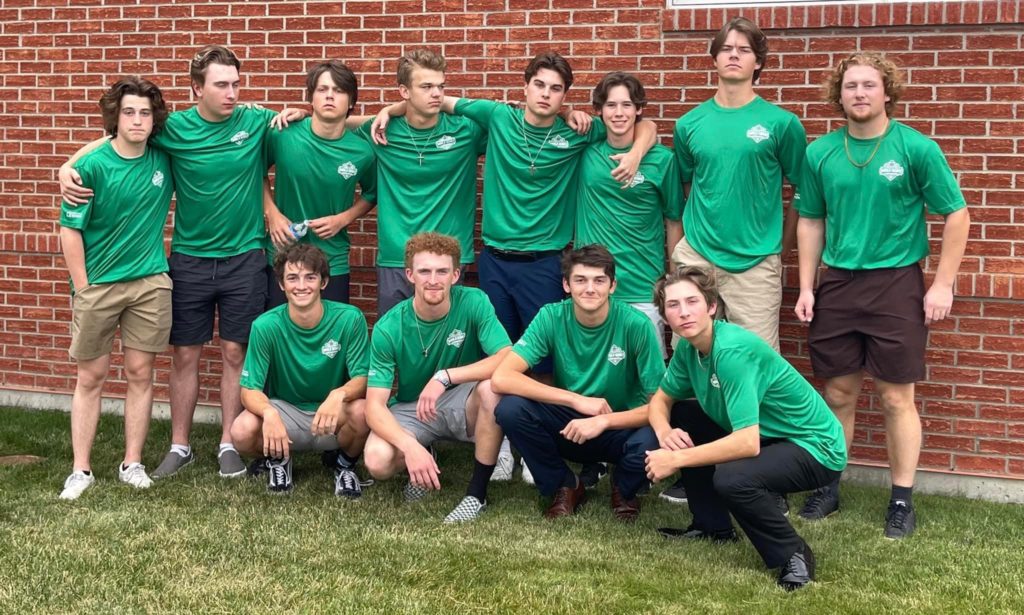 In the top of the seventh, Wallace ended the frame with a strikeout and the go-ahead run stranded on third base.

“Charlie did great on the mound. He’s a great closer,” Smith said. “I want to give props to Liam, too. After Liam came out, he was kind of bummed but he got that attitude back and got us back in the game with his energy.”

Eagle River has posted several walk-off wins this season, including a 4-3 number in the state title game. The players – all 12 of them – had a ton of confidence they could do it again.

“We absolutely knew going into the bottom of the seventh, there’s no way Colorado wanted to win as bad as we did,” Molloy said, “and I think that showed in that final inning.”