Connor Johnson felt like he had been put through the ringer by the end of the game.

“Oh, man, the feeling is kind of indescribable,” Johnson said. “I don’t know how to feel. I’m exhausted. That was a helluva game.”

Indeed, it was a classic. There were big plays, weird plays, extra innings and two historic players.

It even had a two-out, walk-off ending to give Eagle River (28-10) back-to-back championships, each time coming on one-run victories. Last year it was 1-0 over South on an Orazio Ramos home run. This year it was 4-3 over Service on a Dalton Smith walk. 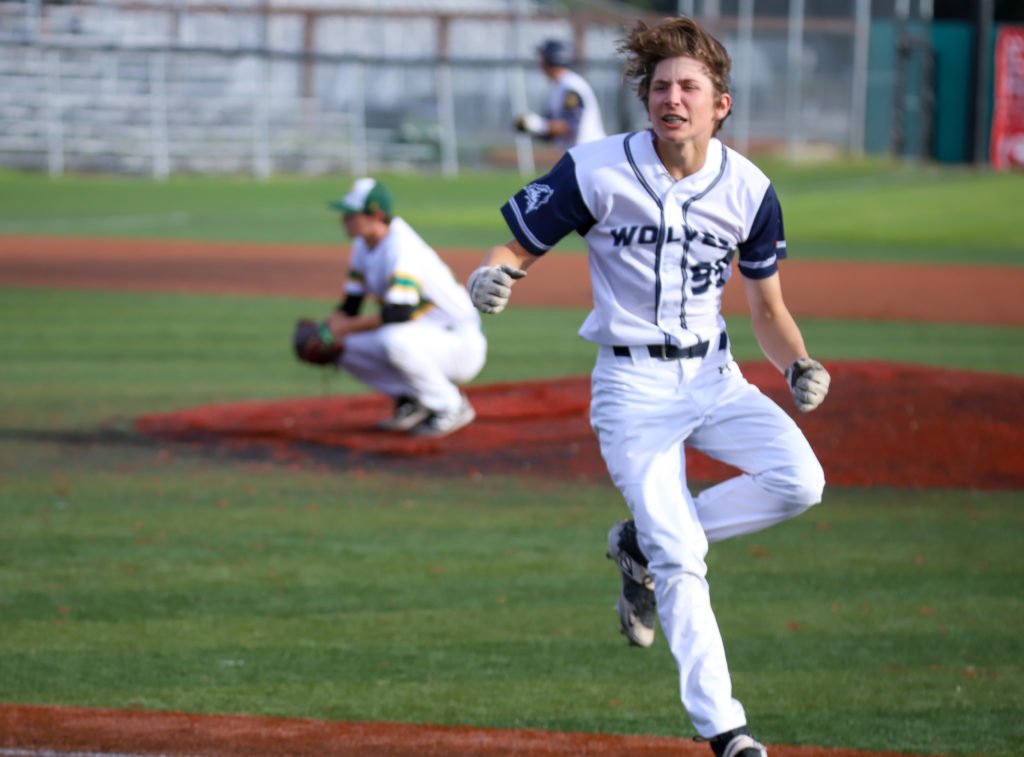 Smith drew a four-pitch base on balls to drive in Noah Lower from third base with the winning run. Lower started the inning with a single and went to second on Josh Thompson’s walk. Both runners advanced on Landon Hudson’s beautiful bunt that went for a base hit.

Service relief pitcher Hunter Christian struck out the next two batters to set up the pivotal at-bat with Smith.

“I think it was even more wild and more stressful and more emotion than anybody can ever imagine,” Johnson said. “The momentum switched sides about 20 million times. They were excited, we were excited. It just makes you super exhausted.”

Lower not only scored the winning run, he went 2-for-3 and earned the winning decision at pitcher with two scoreless innings of relief to earn player-of-the-game honors. 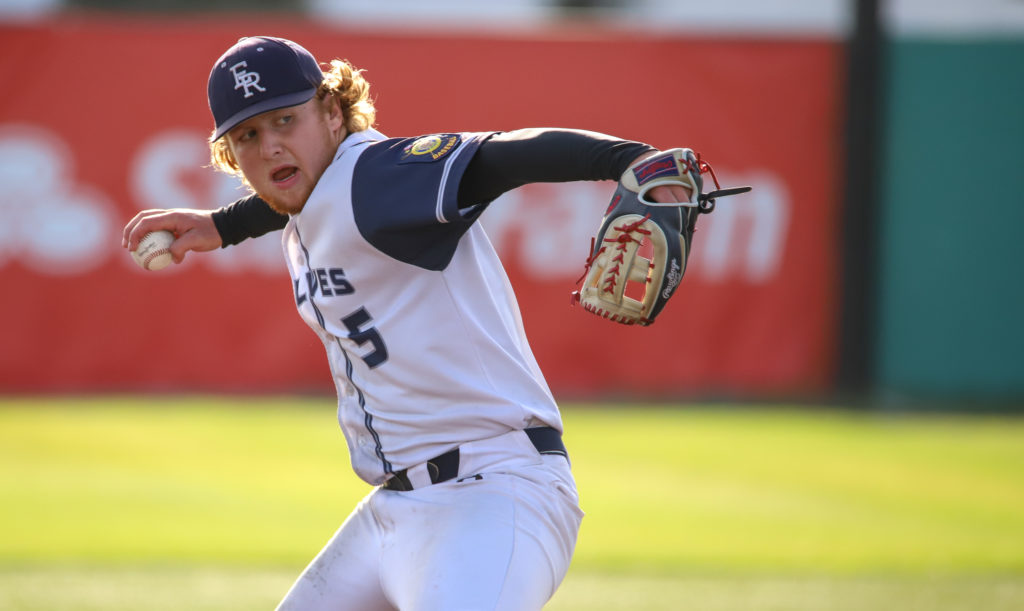 He gave Eagle River a 1-0 lead three batters into the game. Johnson made it 3-0 after his two-run double, coming after he had fouled off three straight pitches with two strikes.

Johnson batted .467 in the tournament on 7-of-15 hitting and knocked in 12 RBIs – the most at state in nearly a decade and two shy of the tournament record – to win the MVP Award.

He also helped turn a 6-4-3 double play in the fifth inning after making a bare-handed grab at Lower’s feed and throwing on to first base.

But in the sixth, he dropped an easy toss with his glove on a play he’s made a hundred times. His error came with two outs and allowed Service to score and tie the game at 3-3.

“I was baffled. I was like, ‘How do you drop that?’” said Johnson, who beat himself up immediately after the play.

“Then I knew, ‘You gotta pick yourself back up. We’re still in this. It’s tied. We still get to hit. It’s OK.’

“Competing through that adversity,” he said, “that’s what you have to do in that situation.”

Give Service (22-11) a ton of credit, starting with catcher Coen Niclai, who went 3-for-5 with an RBI in the title.

The rising junior threw out three base runners in five tournament games and batted .647 on 11-for-17 hitting with eight RBIs.

Niclai drove in the Cougars’ first run in the third inning and later Owen Hickman made it 3-2 after he scored on a wild pitch, making a daring run from third base after the ball had only skipped away maybe 20 feet from the catcher. A lot of teams wouldn’t have tried that with two outs.

Later in the third inning, third baseman Jake Rafferty got the Cougars out of a jam when he fielded a grounder and dived head first to get a force out and at third.

In the eighth, the Cougars loaded the bases when Martindale reached on an error, Sean Giffen singled for his 10th hit of the tournament and Rafferty's groundball down the line that actually hit Martindale's body as he reached third base. Because he was standing on the base, it was a base hit. Had he been in the field of play it would have been an out.

Service stayed in the game because of its pitching and defense. The Cougars made only one error and pitchers Landon Martindale, Rilan Niclai and Christian held the Wolves in check most of the game.

Eagle River came into the game hitting .404 as a team but were held off the scoreboard from the second inning through the seventh inning.

Martindale, who earned the save in yesterday’s 8-7 win over Kenai in the semifinals, got the start and bounced back after giving up three runs in the first inning. He threw shutout frames in the second, third and fourth innings and retired nine of 11 batters.

He was replaced by Rilan Niclai, the youngest player to pitch in the tournament. He hasn’t even started high school yet, but he was unfazed by the bright lights of Mulcahy.

The young gun threw three innings of relief, ending each of the fifth and sixth innings with strikeouts. One of those punch outs came on a 3-2 breaking ball, with his older brother catching; you gotta think that moment fulfilled a childhood dream of the brothers teaming up for big strikeout in the state tournament. 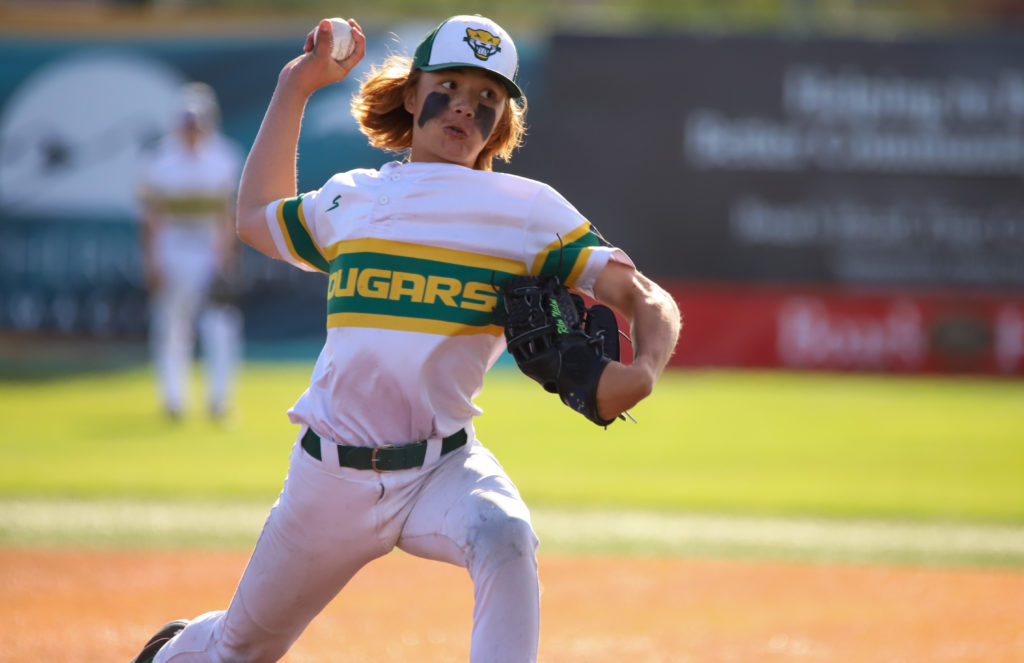 “It’s impressive, especially without their No. 1 pitcher, Jake (Rafferty),” Johnson said. “And throwing a Class of 2026 guy in there. That was really impressive. Props to them.”

Eagle River improved to 12-2 in the state tournament under manager Bill Lierman, who earned his eighth Legion state title.

In 1996, Lierman and Chugiak became one of just six Alaska teams to win a game at the Northwest Regional.

Last year, the Wolves dropped a tough 2-1 loss to Gillette (WY) in the first round en route to an 0-2 showing.

“I’m excited to travel with the team and get out there and maybe do a little bit better than we did last year,” Johnson said.

Service will represent Alaska at the Northwest Class A Regional Tournament (NWCART) next week in Vernal, Utah.